Traffic mirroring, also called shadowing, is a powerful, risk-free method of testing your app versions as it sends a copy of live traffic to a service that is being mirrored. Namely, you implement a similar setup for acceptance test so that problems can be detected in advance. As mirrored traffic happens out of band of the critical request path for the primary service, your end users will not be affected during the whole process.

You can remove the traffic mirroring job by clicking Job offline, which does not affect the current app version. 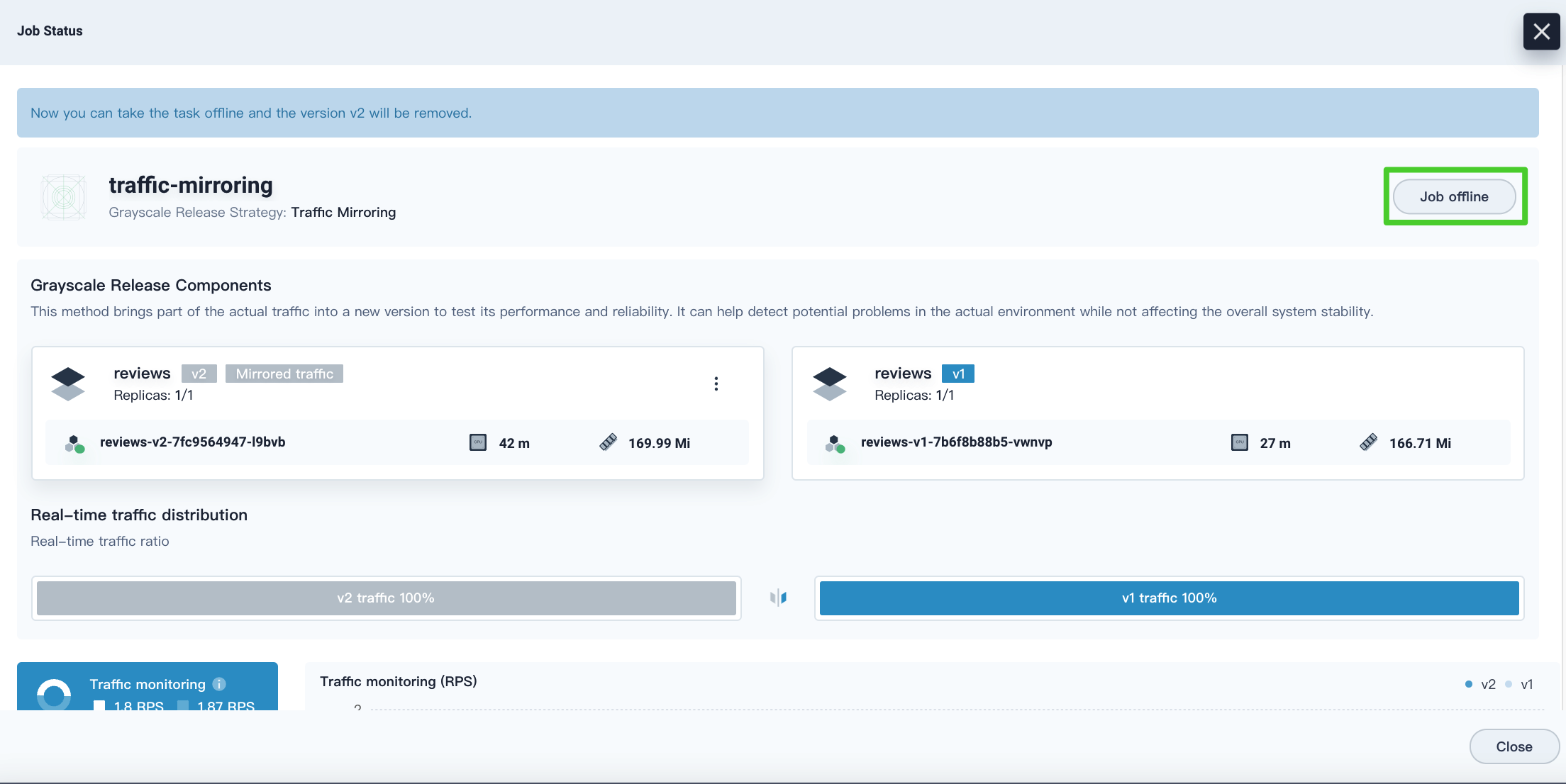 Was this page Helpful?


Thanks for the feedback. If you have a specific question about how to use KubeSphere, ask it on Slack. Open an issue in the GitHub repo if you want to report a problem or suggest an improvement.

Previous : Canary Release Next : Source to Image: Publish an App without a Dockerfile

What’s on this Page